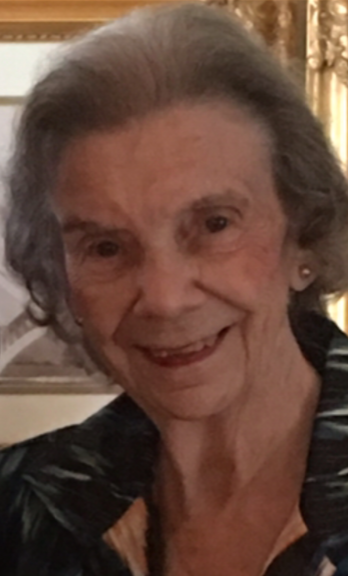 Jon Ellen (Boyles) Sanders left this world on December 5, 2018  to live eternally with her Lord in heaven.  She was born on September 21, 1929 to Ernest and Hattye (Mason) Boyles.  She grew up on the Willbeth farm at Spear Lake in Poinsett County where her father was the farm manager of row crops and cattle.  While on the farm, she learned to cook, sew and developed a strong work ethic as emulated by her parents.  From time to time, she was a bit of a rebel as she was known to ride motorcycles with her brother without permission during her adolescent years.  She attended Marked Tree High School and later attended Mississippi State College for Women, now called Mississippi University for Women.  While at MSCW she earned her Bachelor of Science degree in Early Childhood Education.  She attended Arkansas State University earning a Master of Science degree  in Library Science.  Jon Ellen’s first teaching job was at Weona teaching kindergarten as an 18 year old young woman.    She worked this job while attending college earning her degree simultaneously.  She taught 5th grade at Tyronza and went on to become the high school librarian at Marked Tree High School.  During her 31 year teaching career, she touched a lot of lives.  She was thrilled and rejoiced in seeing her students excel. She would go above and beyond the call of duty to help students acquire the resources they needed for their research projects.  She valued education and was a cheerleader for those whom chose to better themselves through further education.

She married her husband, Frank Sanders,  on August 2, 1953 and they remained married for 56 years until his passing in 2009.  In 1956, they welcomed their first born son, Dale Sanders and two years later their twins, Kim (Sanders) Nolen and Kyle Sanders.  Although Jon Ellen was a professional career woman, she was a “hands-on” mother to her three children.  She was a talented seamstress and made most of Kim’s dresses as a child.  She was a fabulous cook and was notorious in the neighborhood and church for her home cooked meals and desserts made from scratch.  The Sanders’ residence was known as the “neighborhood hangout” as there was always an open door policy and an extra place setting at the table for anyone.  The friends of her children treated it as their second home.  Jon Ellen was creative and gifted with arts and crafts.  She loved to garden and enjoyed any remodeling project on their home.  She was especially interested in antiques and was respected by her peers in that business.  She owned two different antique stores, one in Jonesboro and one in Marked Tree.

She was a member of Delta Kappa Gamma, the Marked Tree Women’s Progressive Club and the Marked Tree Garden Club.  Jon Ellen was a lifelong member of the Marked Tree First Baptist Church where she taught Sunday school for over 40 years.  She was a devout Christian who was a role model through her every day walk of life.  Later in life, she was instrumental in helping to fund and solicit funds for the church’s nativity scene which they display during the Christmas season.

Jon Ellen was a dedicated caregiver to her parents and her husband during their illnesses.  She was completely selfless, patient and loving to them until their passing.  Throughout her life, her greatest blessing was her family.  She doted on each grandchild and the great grandchildren too.  She was supportive of their activities at school and church and even sewed for them.  Her laugh was contagious and her heart was warm.  She was a joy to know and be around.  She gave a lot of herself and asked nothing in return.  She always had someone else’s interest at heart.  She was the epitome of what a lady should be.  She was meticulous with her hair, make up, clothing, jewelry and accessories.  She was a perfect blend of a homemaker and a professional woman in the workplace.  Often times, she was the voice of reason and brought common sense and logic to daily situations at home and at work.

She was preceded in death by her parents, her husband, her brother, Mason “Buddy” Boyles, her niece, Joanna Boyles, her nephew, Ken Breeding, and three grandchildren, Lauren Sanders, Lane and Jake Wesson.

Funeral services will be Monday, December 10, 2018 at 2:00 pm and visitation will begin at 12:00 pm at First Baptist Church in Marked Tree, Arkansas.  Burial will follow in Marked Tree Cemetery.

The family will receive guests anytime at her home located at 506 St. Francis in Marked Tree.

Funeral arrangements are under the care of Delancey-Murphy Funeral Home, Marked Tree.

To order memorial trees or send flowers to the family in memory of Jon Ellen Sanders, please visit our flower store.