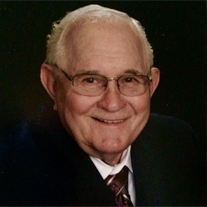 Dale Reeder Morgan, 79, of Osceola, Arkansas passed away on Thursday, June 16, 2016 in Little Rock, Arkansas. He was a member of the Lepanto First Baptist Church.He was born on August 9, 1936 to George Reeder and Nancy Daniels Morgan.

Dale graduated from Keiser High School in 1955. He was Department Manager at the Crompton Corduroy Plant in Osceola for 17 years. From 1978-1994 he was a Tower Operator for Union Carbide and Viskase of Osceola. In 1994 he became an Arkansas Rural Letter Carrier. He was active in regional and state associations and served as a Delegate to the National Rural Letter Carrier Conference for 20 years. Dale retired from the Post Office in 2004, but continued to be active in the association and was elected as a National Delegate for the August 2016 Conference. In 1994 Dale founded the successful Morgan Dual Controls Company which installs right-hand drives in vehicles for rural letter carriers, Driving Instructors, etc. He and his wife, Janice, worked hard to make Morgan Dual Controls a nationally known and respected company serving over 20 states.

Dale is preceded in death by his parents and two sisters: Kay Boozer and Barbara Morgan.

Funeral Services will be Monday, June 20, 2016 at 2:00 pm at the First Baptist Church in Lepanto, Arkansas.Prior to services, the family will receive friends from
12:30-2:00pm at the church.
Interment will follow at Garden Point Cemetery in Etowah, Arkansas. Murphy Funeral Home Lepanto in charge of arrangements

To order memorial trees or send flowers to the family in memory of Dale Morgan, please visit our flower store.