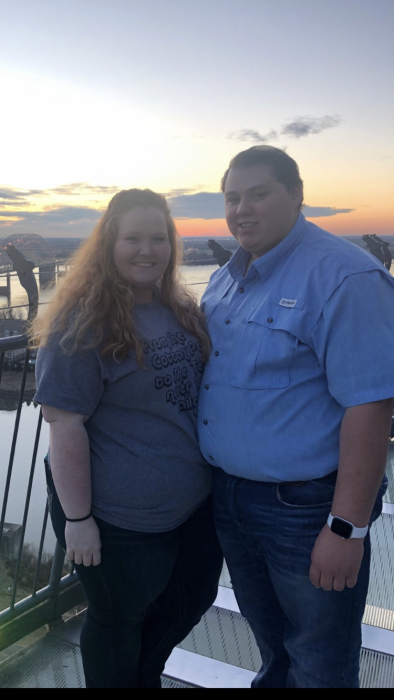 Braiden Hall Howard, 23, of Joiner departed this life on Wednesday, December 26, 2018. He was born on May 31, 1995 to Joseph Clayton and Tracey Michelle Crawford Howard. He graduated from Rivercrest High School in 2013, he loved hunting and fishing and was a Tennessee Vols and Dallas Cowboys fan.
He is preceded in death by his grandfather: Ford Brown.
Braiden is survived by his parents: Clay and Tracey Howard of Joiner, fiancé: Courtney Brister of Wilson, grandparents: Richard and Ruby Crawford of Joiner and Frances Brown of Wilson, aunts and uncles: Richie and Kari Crawford of Jonesboro, Pam Vaughn of Dyess and Bo and Nikki Brown of Bassett, brother: Ethan Brown of Bassett, four sisters: Emma Kate Howard of Joiner, Whitney Vaughn of Dyess, Brandey Vaughn Nash of Keiser and Lindsey Davis of Keiser, cousin: Charleston Rhea Crawford and his lab: Yeti Ray Howard.
A gathering for family and friends will be Monday, December 31, 2018 from 6:00pm to 8:00pm at Delancey-Murphy Funeral Home in Lepanto.
Arrangements under the care of Delancey-Murphy Funeral Home in Lepanto.

To order memorial trees or send flowers to the family in memory of Braiden Howard, please visit our flower store.