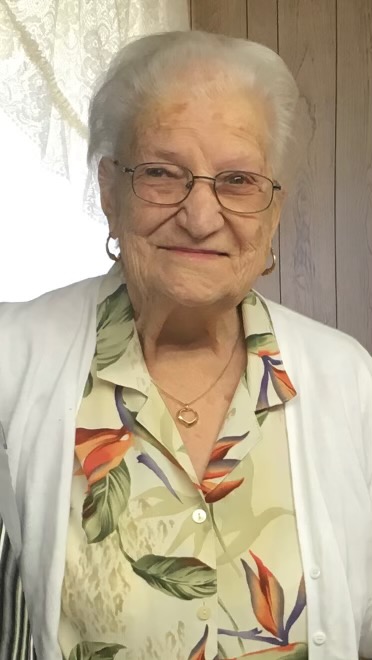 Barbara Angela Jones Hodges, 87, of Jonesboro, Arkansas departed from this earth, and went to her heavenly home on June 29, 2021 at Nea Baptist Hospital in Jonesboro, Arkansas.  She was an active member of Walnut Street Baptist Church.

She is preceded in death by her husband: Pastor J.W. Hodges, parents: T.L. and Minnie B. Jones, two brothers: Charles Jones and Robert Jones, one sister: Eugenia White and a grandson in law: Jeremy Runyan.

Graveside service will be held at the Pavilion in McDaniel Cemetery in Valley View on Wednesday, July 7, 2021 at 10:30 a.m.

Arrangements are under the care of Delancey-Murphy Funeral Home in Marked Tree, Arkansas.

Online condolences may be made at www.delanceymurphyfuneralhome.com

To order memorial trees or send flowers to the family in memory of Barbara Hodges, please visit our flower store.