Daniel Beck Lawrie, 80 passed away Sunday, July 17, 2016 in Lepanto, Arkansas. He was born September 12, 1935 in Memphis, Tennessee. Dan was a retired farmer and military veteran who was stationed in Korea. He attended The McCallie School in Chattanooga, Tennessee and Pentecost Garrison in Memphis, Tennessee before attending Mississippi State College in Starkville, Mississippi where he was a member of Sigma Chi.
Dan loved being outdoors, he was an avid hunter and golfer enjoying both activities with lifelong friends and an expert in collector of handmade knives.
He is survived by his wife: Danette Lawrie of Lepanto, Arkansas, daughters: Danise Murphy of Marion, Arkansas, Amy Gibson (Doug) of Marianna, Arkansas, Rene Cosgrove (David) of Huntsville, Alabama and Irene Moore (Phil) of Oakland, Tennessee, six grandchildren: Chris Murphy (Trisha) of Lebanon, Missouri, Andrew Murphy (Robyn) of Marion, Arkansas, Beck Brozak (Matt) of Little Rock, Arkansas, Greg Gibson (Chelsea) of Marianna, Arkansas and Kayla and Sarah Cosgrove of Huntsville, Alabama, 3 great grandchildren and sister: Beth Rash of Memphis, Tennessee.
He is preceded in death by his son: Daniel Beck Lawrie Jr and his parents: Donald James and Elizabeth Beck Lawrie.
There will be a farewell to Dan at his home in Lepanto, Arkansas on Wednesday, July 20, 2016 at 4:30.
In lieu of flowers the family requests that memorial may be sent to the Humane Society of NE Arkansas, 400 N. Avalon West Memphis, Arkansas 72301 or the Arkansas Nature Conservancy, 601 N. University Little Rock, Arkansas 72205.
Murphy Funeral Home in Lepanto in charge of arrangements.

Beautiful in Blue was purchased for the family of Daniel Beck Lawrie.

Dan was a good man. I am sorry to hear of his passing. I always admired his attitude and his knowledge. Please let me know if I can help with anything Danette. God bless you all. 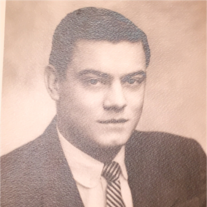